Amalia Fonk-Utomo – Chair graduating from Visual Communication Trisakti University Jakarta, Indonesia. She spends more than 25 years as a creative advertising person in creative and business department. After working for multinational advertising agencies like Ogilvy, DDB and Lowe, she starts her own agency called Juara which leads her to voluntary work at Alzheimer Indonesia (ALZI) by creating the campaign idea “Jangan Maklum Dengan Pikun” (Do not under estimate memory loss) which is created from a very deep insight of Indonesian stigma of Pikun (Memory Loss). This agency also created “The 10 signs” brochure which have been adapted to many countries & language such as Dutch, English, Arabic, Javanese (Surinamese), French and many. She starts focus as ALZI’s volunteer when she moved to The Netherlands as The Country Manager for ALZI and now also Deputy Executive Director ALzheimer’s Indonesia. After less than a year the chapter now becoming official Alzheimer Indonesia Nederland Foundation (ALZI NL) which she sits as a Chairperson aside her role as management in ALZI. She is active in visiting nursing homes in Indonesia and The Netherlands. Improving Indonesia and Indonesians through: Transfer knowledge from The Netherlands and other countries to Indonesia, penetrating Indonesians Immigrant in the world especially The Netherlands through working closely with Ministries, Embassies and other organisations in both countries and build competency in Indonesia are her spirit in improving the quality of life people with dementia. As a creative advertising person she is also founded NeMu Idea, a creative house in Groningen, The Netherlands. Whose also doing many projects with NGOs around the world.  She can be reach at: amalia.alzi.ned@gmail.com and any social media as: absolutraia. 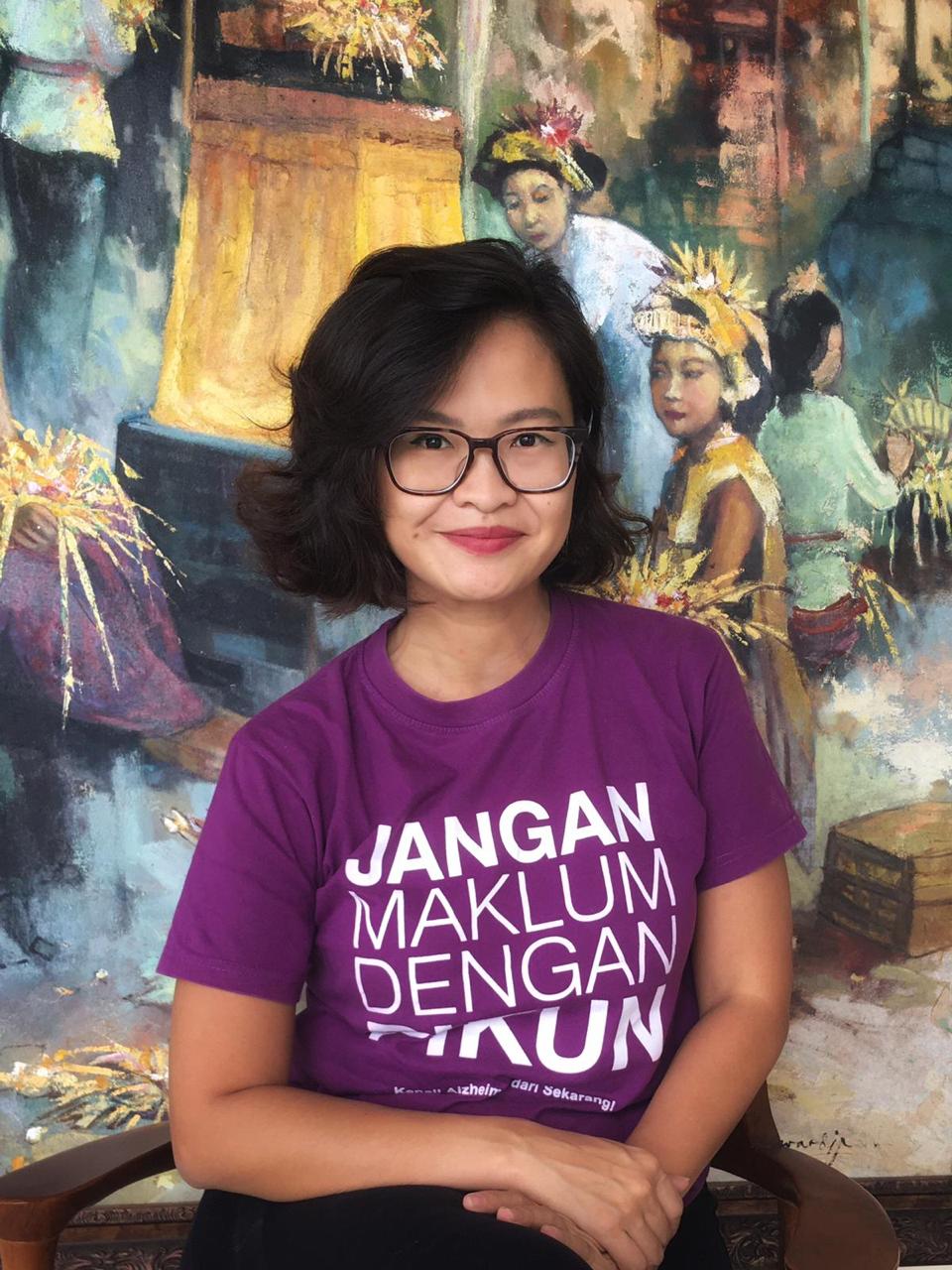 Tania Marini Setiadi, MD, M.Biomed(AAM) – Research & Science Coordinator  is a general practitioner who has always had profound interest in brain aging. She obtained her medical doctor degree in 2005, and Master of Biomedical Science (majoring in anti aging medicine) from Udayana University, Bali, Indonesia in 2014. In 2016 she was granted a full scholarship from Indonesia Endowment Fund for Education (LPDP) to continue her doctoral study in Department of Neuroscience, UMCG – University of Groningen, The Netherlands. The main focus of her research is behaviour and cognitive changes in Mild Cognitive Impairment. For more than 10 years she has been active in various volunteering activities (health education, breast cancer awareness) in the islands within eastern Indonesia. While pursuing her PhD, she has been volunteering in Alzheimer Indonesia Nederland activities and currently holds the position of Champions Science Support. Tania can be reached at: tania.alzi.ned@gmail.com.

Manik Kharismayekti – Social Community Coordinator and Science Team Member is an ordinary person who love to sing, play music and has a great passion on helping people. After finishing her study in medicine from Gadjah Mada University in 2007, she had several years of experience in organisation, education and research. At the SHEEP Indonesia Foundation, a non-governmental organisation, she had the opportunity to organize community development programs for marginal societies; develop disaster preparedness modules and first aid books for communities; and conduct community-based education program for the undergraduate medical students of Gadjah Mada University. She was also a research assistant of Quit Tobacco Indonesia tasked with developing tobacco related diseases modules and education video based on the problem and culture of the local community. In addition, she was also involved in various studies in the field of health communication and culture such as: ‘Introducing a partnership doctor-patient communication guide in the culturally hierarchical context of Indonesia’, conduct in-depth interviews with 30 doctors and patients in research ‘Develop an educational communication model that is compatible with various backgrounds of patients’.

Henny Susanty Zonder – Science Team Member. Having graduated from Trisakti University in the field of dentistry in 2002, Henny went to Singapore and worked at Mount Alvernia Dental Centre for three years. When she returned to Indonesia, she did government service as a dentist in a remote area in Flores. Later, Henny worked for Ivoclar Vivadent, a world renowned dental company from Liechtenstein. Besides working as a dentist, she learned about the new technologies used in dentistry and got the opportunity to become a speaker in several dental conferences in Indonesia. Henny earned her post-graduate degree in Prosthodontics from the University of Indonesia. During her study, she learned gerodontology- the study of teeth in geriatric (elderly) patients. In 2012, she co-founded SmileXpress, a Teeth Whitening Studio in Plaza Indonesia together with a group of highly qualified dentists, and took up the role of Chief of Smile Expert before she moved to the Netherlands and became a member of Alzheimer Indonesia Nederland Science Team.